Ghouls for the Season

As a fan of Halloween, I start thinking about the holiday early, and it reminded me of a former Halloween.
A few years ago, I was requested to create some zombies for an event called "Halloween in December." It was a multi-themed convention, running on the theory that you can never have enough Halloween.
I'm inclined to agree. In fact, that year I attended FIVE Halloween events.
So I obtained some supplies - fake skin and blood - from Bloody Mary and Ben Nye, and I went to work. Here are the three who became the walking dead at my hands... 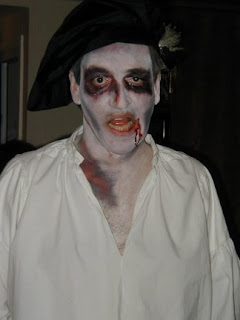 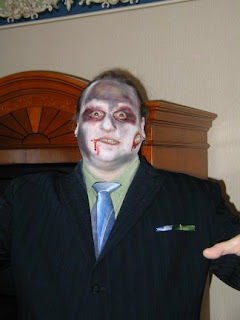 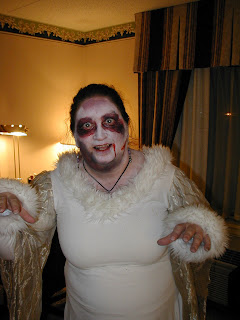 It's worth noting that at that same event, I won "Best in Show" at the costume contest, not the least because I painted my own face to match my costume! 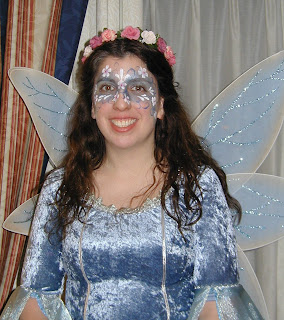