First Friday Fun Nights is becoming a hit!  This time when I was at the restaurant, I had people lining up almost as soon as I set up, and I heard them saying they'd come because of me, which is a great feeling.  Some had also checked out the Facebook photos and my website, and already decided what they wanted to be.

Because of that, I had a zombie girl all lined up, as well as several butterflies. 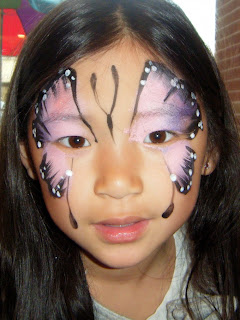 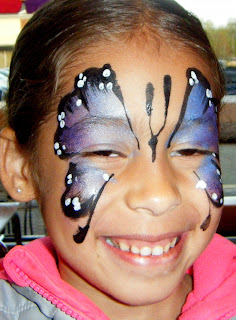 And one young lady just knew she had to be a tiger. 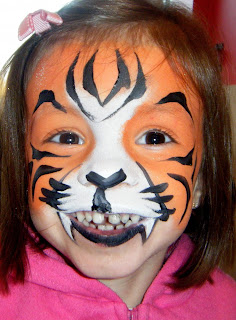 The funniest two may have been this Batman, 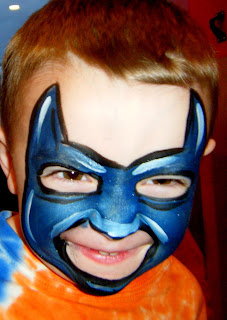 And this girl, who got an elephant at her mother's request.  She works at Cherry Reds, and when she told her mother about me, mom requested an elephant because they're her favorite.  When she texted a photo to her mom, mom said she was jealous and wanted one... how fun would it be if mom showed up for a face painting?!  I'm all for it! 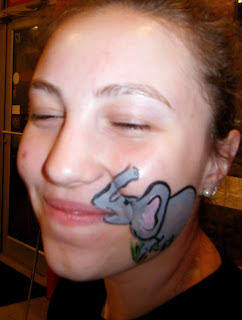 This puppy and this pony thought they were challenging me, so it was fun to see their reactions once I was done. 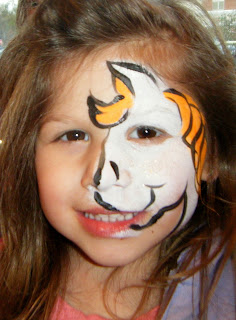 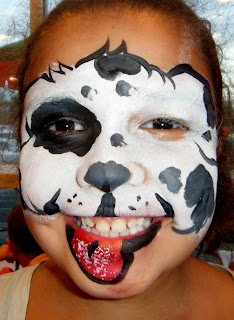 The real challenge was actually this young lady, who took me up on my "I'll try anything" offer with a mischievous glint in her eye and asked for my first ever full-face fish painting.  There are things I'd alter now that I look at it... hindsight is 20/20, after all, but I think it's not bad at all for a wing-it first attempt! 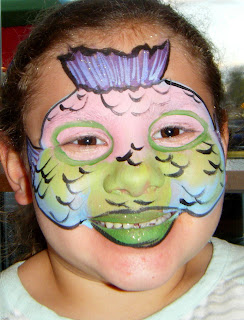 The biggest coup, though, was this young man, who wasn't at all into getting painted until I started listing some ideas that might appeal, and he seemed intrigued by the dragon idea.  Well, by the time he saw the mirror, he was asking his parents to have me at his birthday! 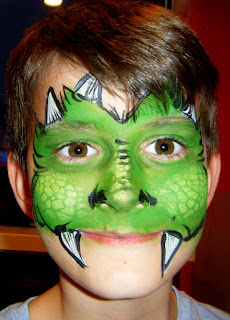