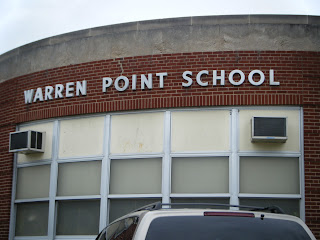 Then I went on to junior high and Fair Lawn High School... and from there to college and law school.  I really only went back to Warren Point to pick up my sister when she was a student there.

About a month ago, I got an email from a woman who was on a Fair Lawn school PTA, looking for a face painter to work at their "welcome back to school" carnival.  When she told me the town, I had a feeling... so I asked which school... and it was mine!  I was inordinately excited about going back to my old stomping grounds.

I mean, I used to play handball on that same blacktop! 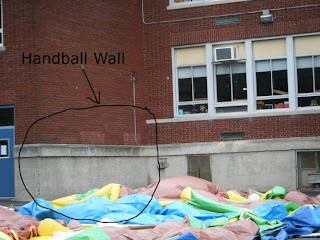 There were some changes.  A new wing, for instance, and the seesaws and swings were gone (what have they done with seesaws?) and this was in its place. 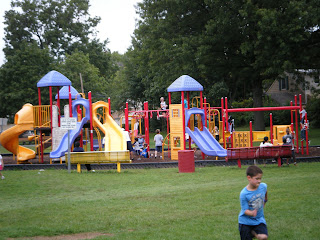 OK, so that's pretty cool, even if my seesaws are gone.

The best thing was being able to tell the kids that I was a student there too... about a thousand years ago.  And, of course, to paint them.  I think I did about 8,000 butterflies and 7,000 tigers in the four hours I was there. 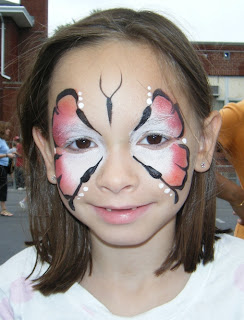 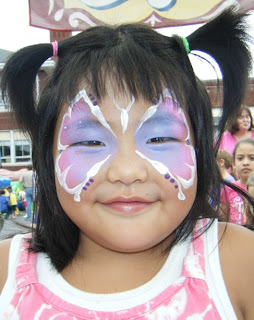 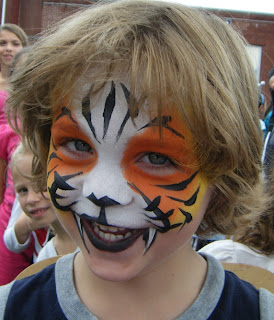 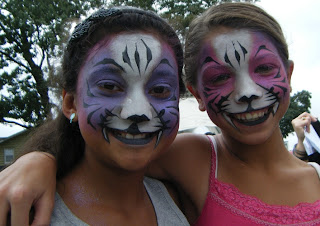 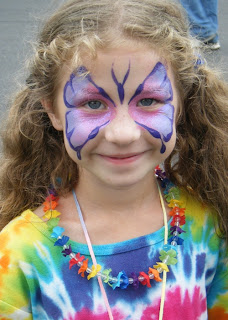 I did so many of those two designs that I think at first the kids thought that was all I was offering!  It just so happened those were the first two requested and it stuck.  There's always the "hot" design at any event that just gets a million requests.  I did finally hear someone farther back on the line mention the word "bear," though, so I took the opportunity to suggest a brown bear or panda.  It resulted in two pandas, one "real" and one green. 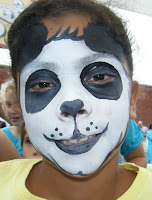 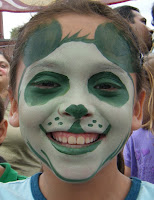 ﻿
I also ended up with a lot of puppies because at the end when I had to cut the line, I gave a choice of "butterflies, snakes, or puppies, that's it!"  I didn't get any photos of those, though, because I was racing by then.  I did get some randoms throughout the afternoon... 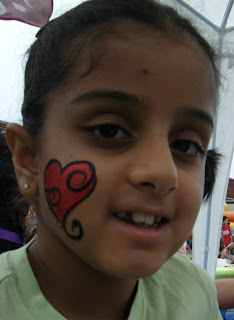 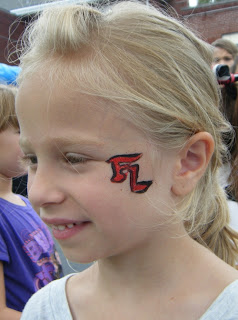 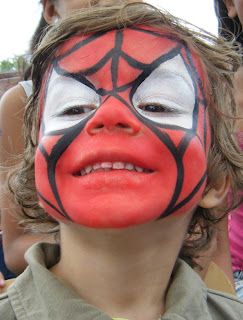 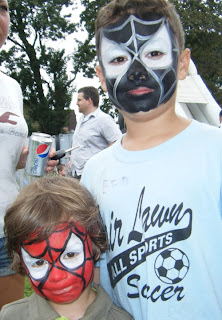 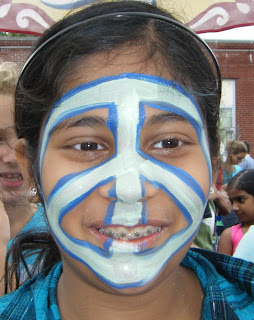 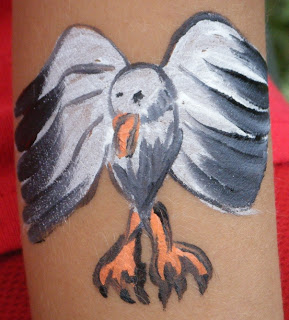 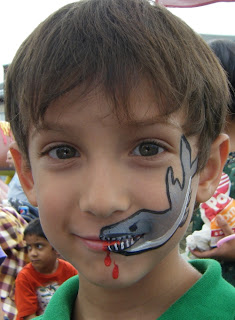 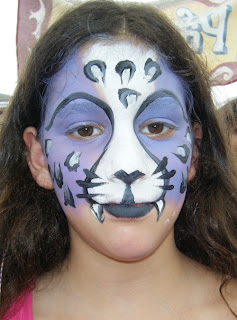 I only kinda wish Mrs. Sandler (my grammar school art teacher) was still teaching there and had been at the event.  How funny would that be?

Normally, when I cut a line, that's that.  I don't take any "just one more"s because it's just not fair to the kids I've already turned away.  Yesterday was no exception... almost.

As I was painting the second-to-last customer, a little girl came up and asked me, "May I please have a face painting?"  I told her I couldn't do it, and explained why, but thanked her for asking so politely and saying "please."  She was with her mom watching me as I got to the last customer, a little boy who was the brother of the girl I'd been painting a minute before.  When it was time for him to get in my chair, he chickened out.  His mom asked me to take the polite girl in his stead, since I now had room for one more and she'd asked so nicely.  It was the one time I've made an exception, but I loved being able to teach her that being polite gets her places.

And the PTA took photos too!

Several years ago, when I was a much newer face painter, I hired by the mom to work at a birthday party at Anna's Chocolates in Tappan, NY.  It was a great place, where the kids got to make their own chocolate candies and lollipops as part of the party.  I remember the party well, as I was impressed with the shop and wanted to maybe have one of my own birthday parties there... and also because it was a crazy situation where I was hired for "10" kids and 25 showed up.  I had one hour in which to paint 'em, so I really had to race.

And then it left my mind.

Fast forward to last month, when I got a call from a woman named Anna.  Of Anna's chocolates.  It was now 4 years later, Anna no longer had the chocolate shop, but she did have a daughter turning 3.  And the daughter wanted a face painter.

She hadn't kept my card.

She wracked her brain for a day, thinking about it, and actually remembered my name and found me online.  Crazy, no?  Crazy, I tell you.  Wow.  I honestly don't know whether to be more flattered or impressed.  I'm kind of both.

So last weekend, I did face painting and glitter tattoos and face painting at the kiddo's party.  No photos, sorry.  It was fun, though, very nice kids.  And the great idea of having two pinatas, one princess one and one pirate.  Very cool.
Posted by NJ Face Painter at 10:37 PM No comments: