Chilly & wet, but who cares?

Last night, I painted with two good friends at the Bergen County Zoo in Paramus.  It's a rain or shine event, so we were up despite the weather that closed the wimpy post office two hours early in some towns.  They had us under the wooden overhang of the bison viewing area rather than up on the bison viewing platform, and gave us a couple canopies for our patrons to stand under too.

It was a light event in terms of patrons this year, when in some years there's an insanely long line, but it made for a nice, easygoing event and gave us a chance to appreciate the ones who showed up.

I don't think it was coincidence that my most requested design was for dolphins.  Eric suggested that I should probably expect a lot of aquatic ideas. 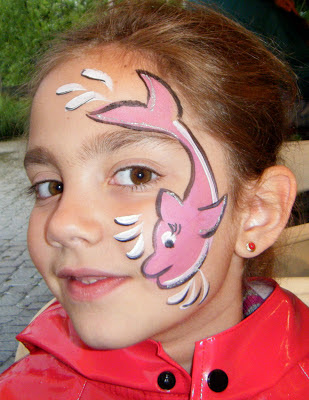 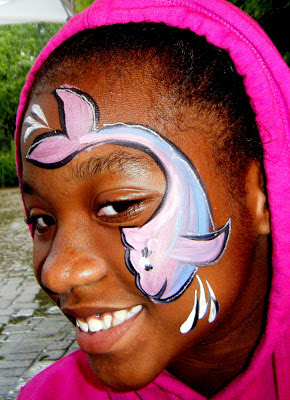 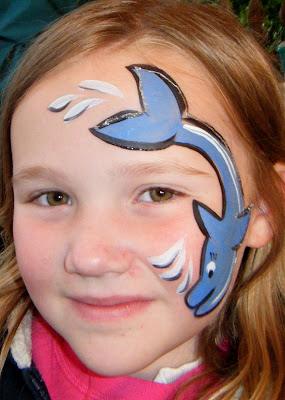 I didn't pull out the glitter because it'd get gummed up in the wet, so they don't have that added punch, but the kids loved 'em and that's what counts.  In fact, last night was super satisfying, in that a large majority of the kids I painted actually exclaimed "Wow!" when I showed them the mirror!  Best compliment ever.

I did have two buggy requests, too.  Only one butterfly!  I moved away from my typical butterfly, decided to try something a little different.  Maybe I'll do more of those today; we shall see. 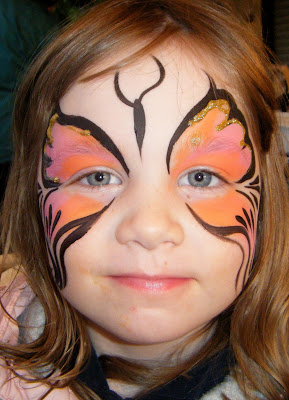 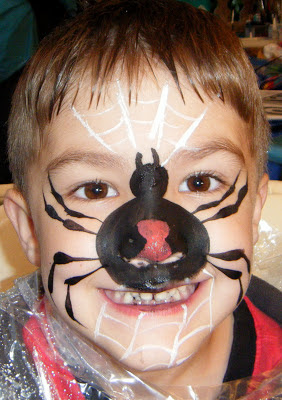 And then, a few more. 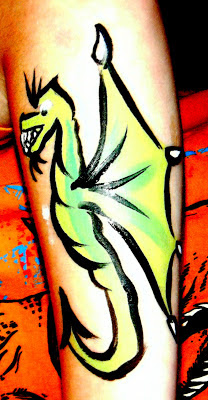 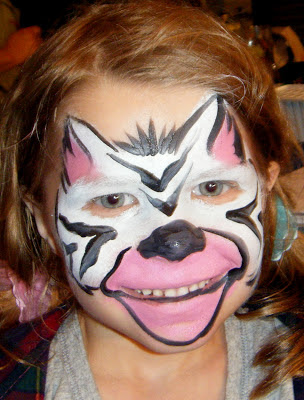 I get a kick out of the zebra, that was a fun request.  And I hadn't done one in so many years, I had to come up with it on the fly!

Anyway, off to another event this afternoon...

Posted by NJ Face Painter at 9:53 AM No comments: