If you happened to be in Bloomfield during the last weekend of September, you may have had your face painted, and it may have been by my team!  We were at the Investor's Bank booth for Bloomfield's Harvest Fest, offering free face painting, courtesy of the bank.

They actually had me get them three face painters and two balloon twisters for each of the two days of the fest, so I had to put a bunch of people together.  The only one who worked both days was my husband, Eric, who twisted balloons... despite the fact that it was his birthday weekend! 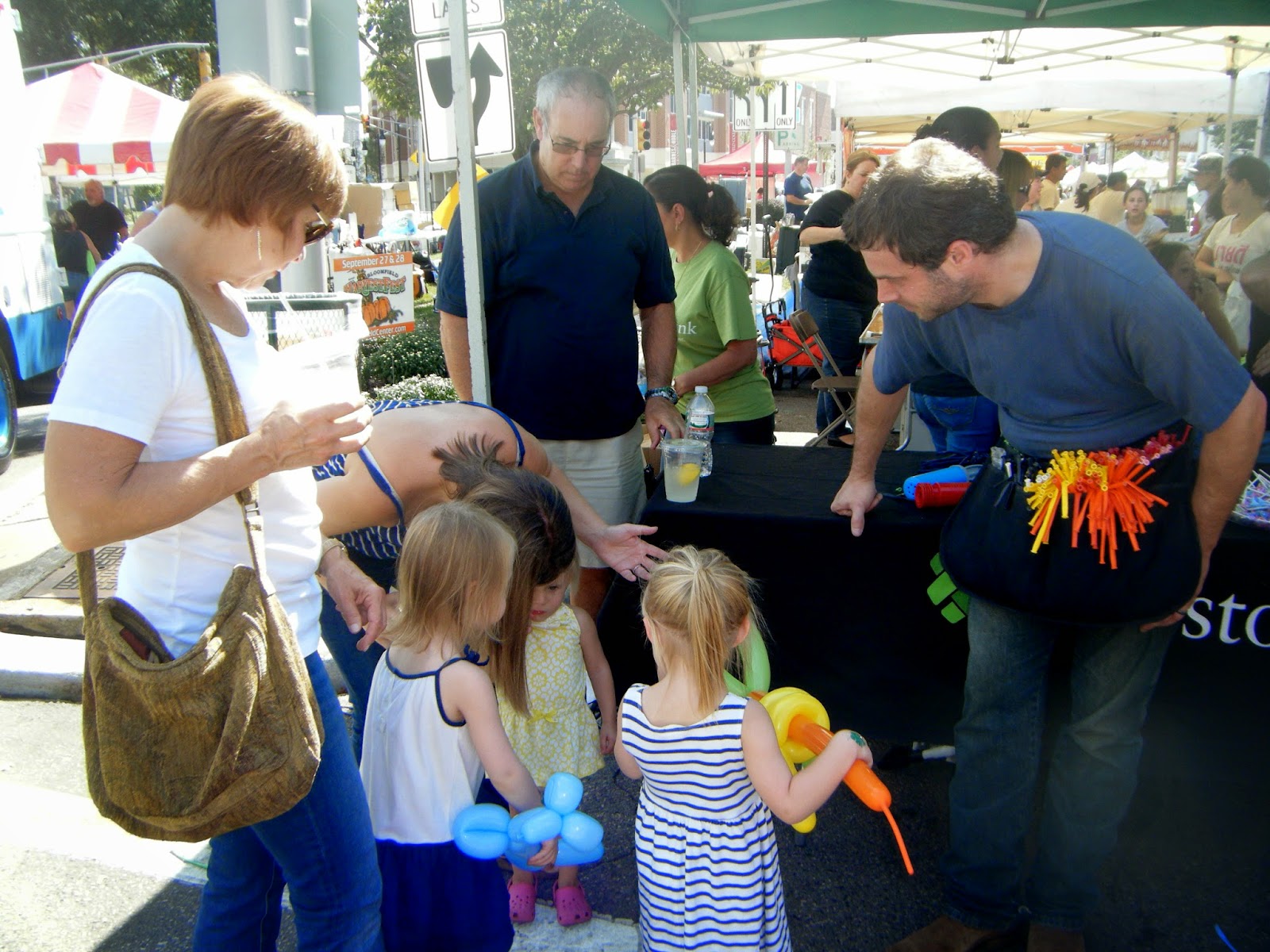 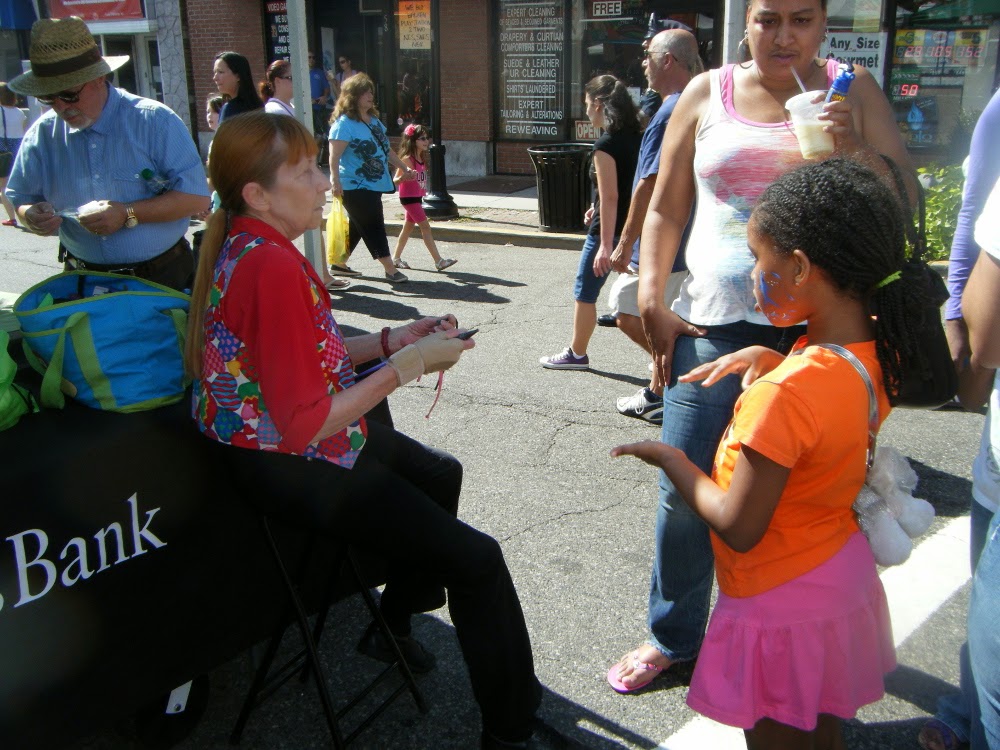 It was fun to work with a slew of friends, though, and on Sunday I finally was able to.  Saturday, except for getting everyone situated, I couldn't work because I was already booked up elsewhere. 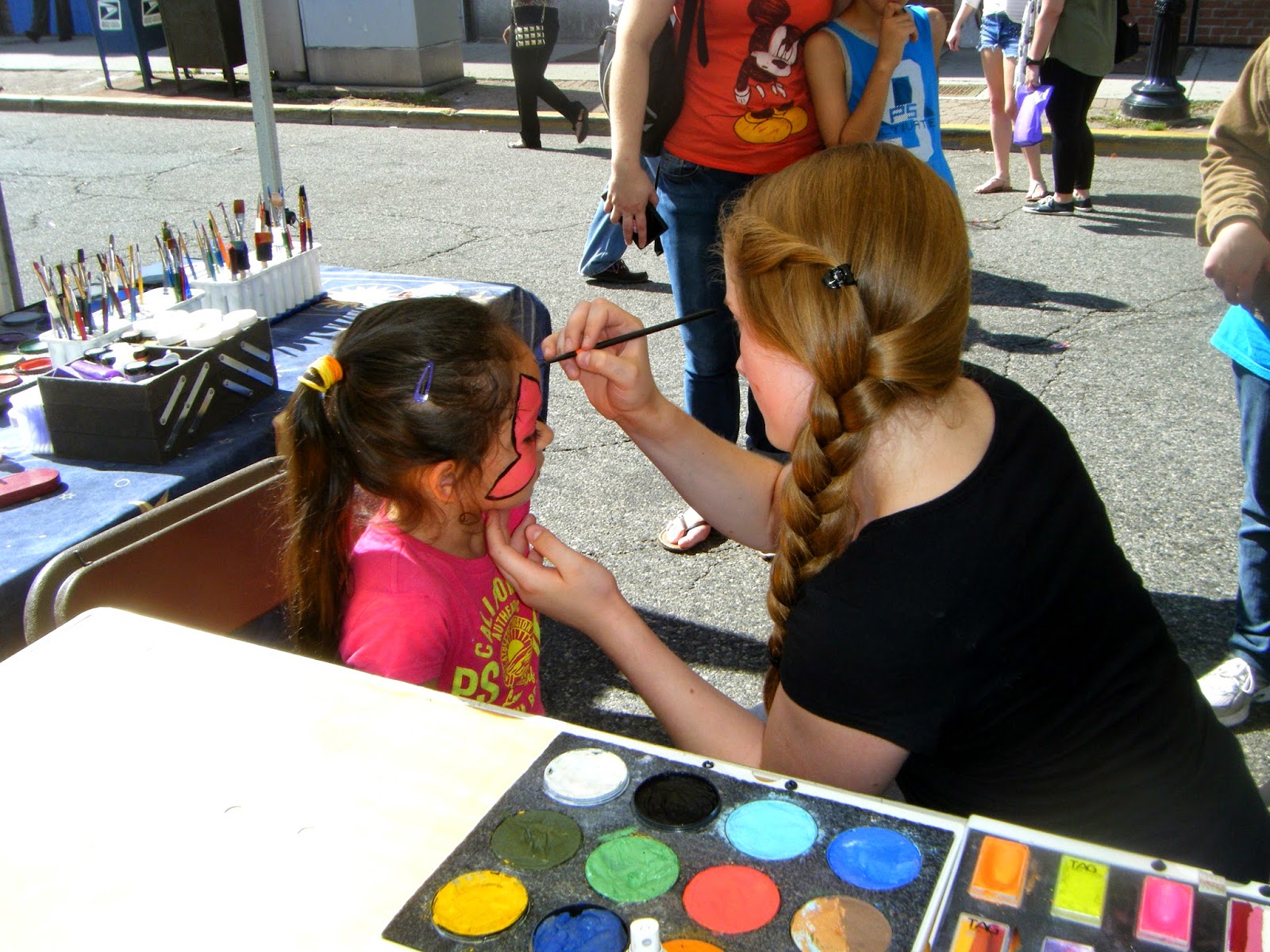 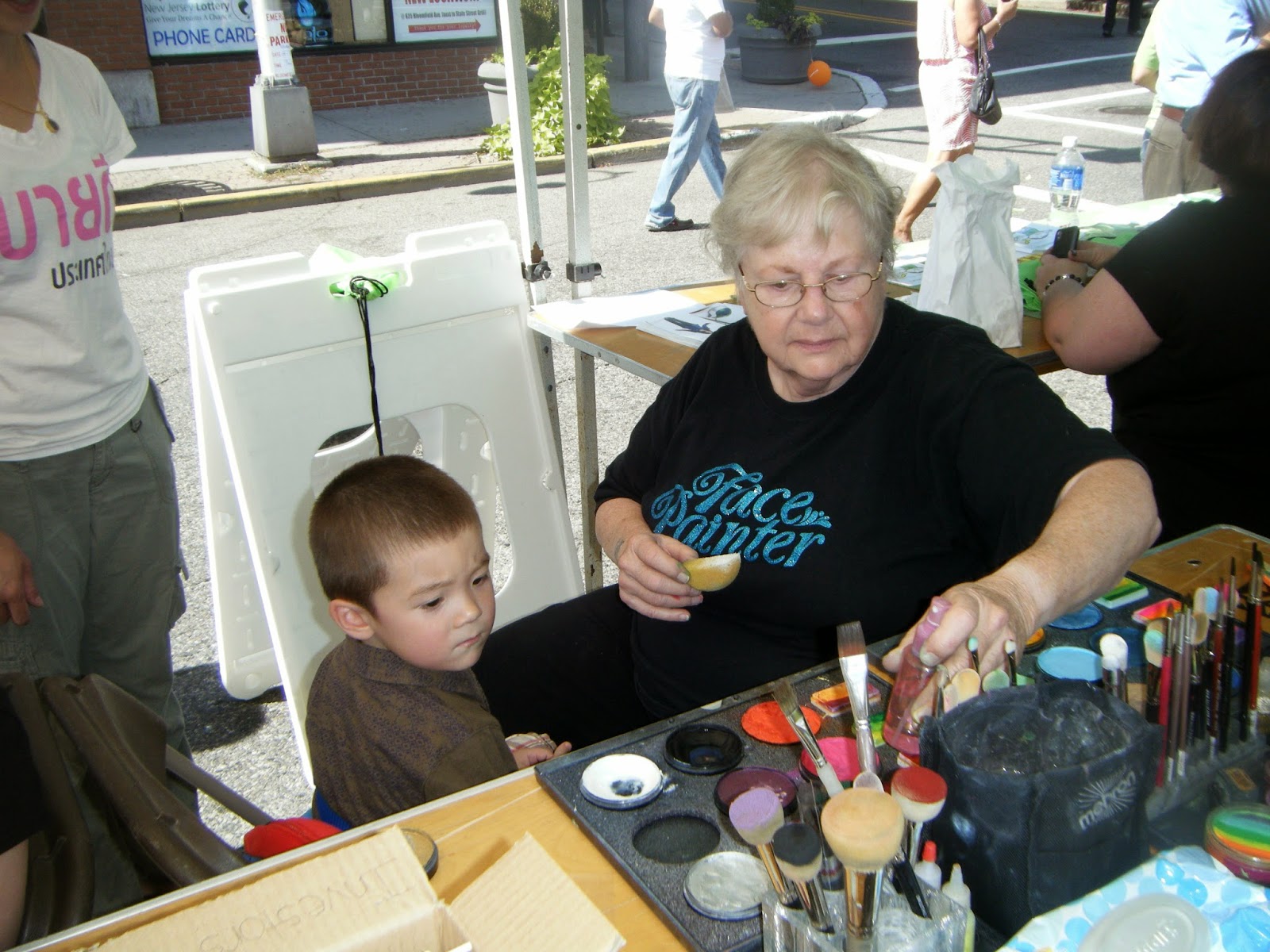 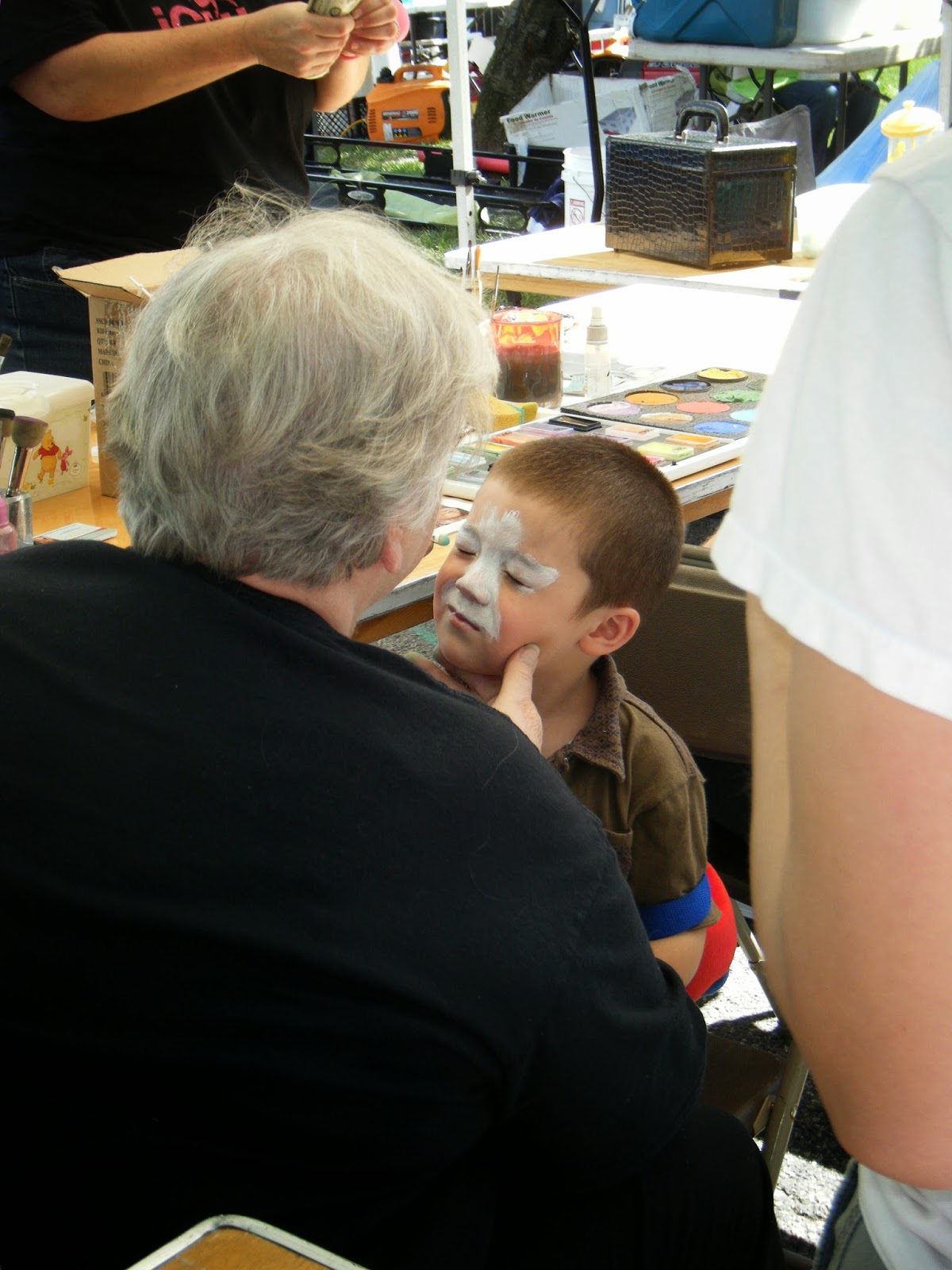 We were slammed, but I managed a couple photos, at least.  This pretty princess. 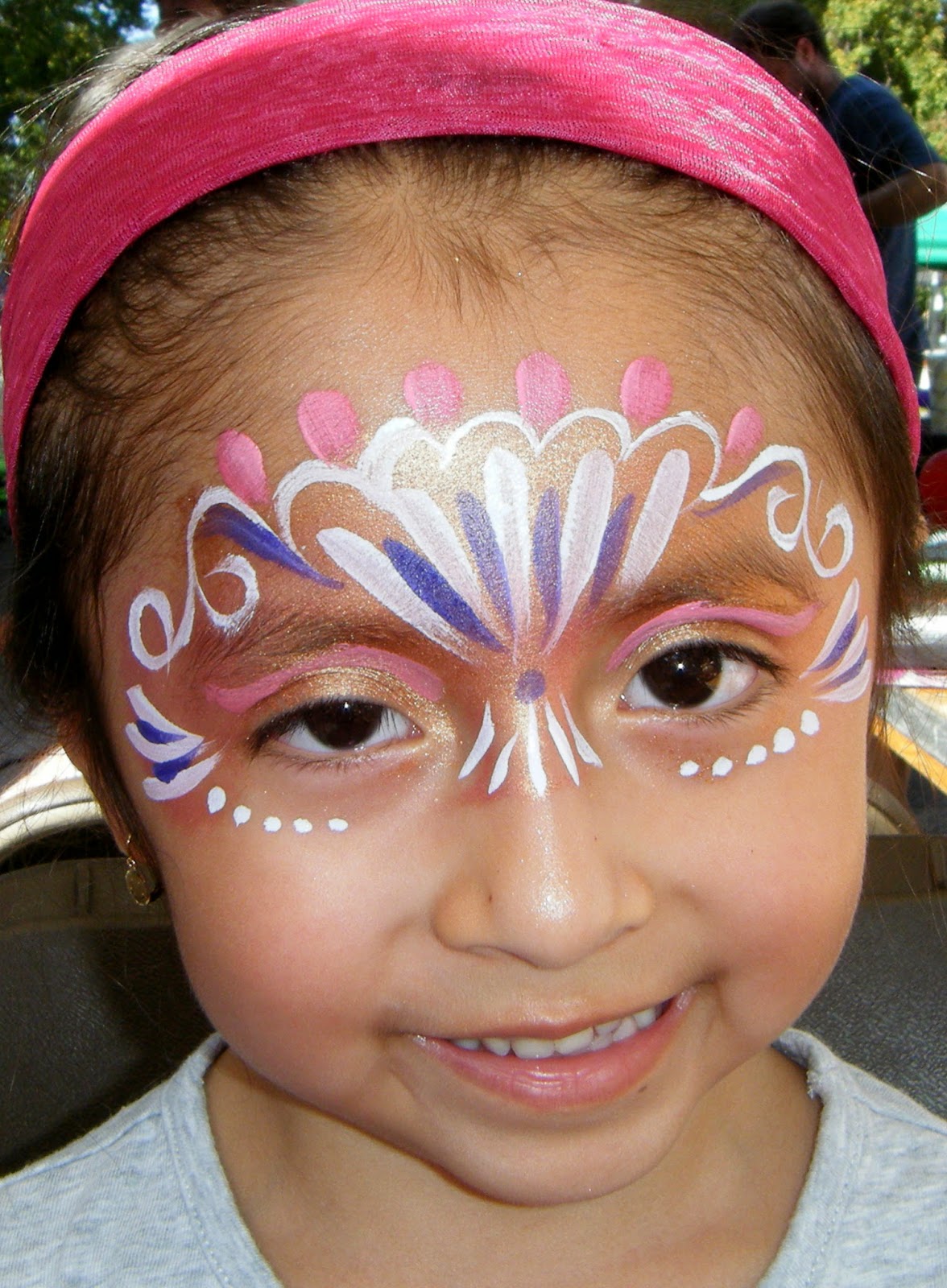 And this creative, precocious young lady who wanted to "look like water."  She loved it! 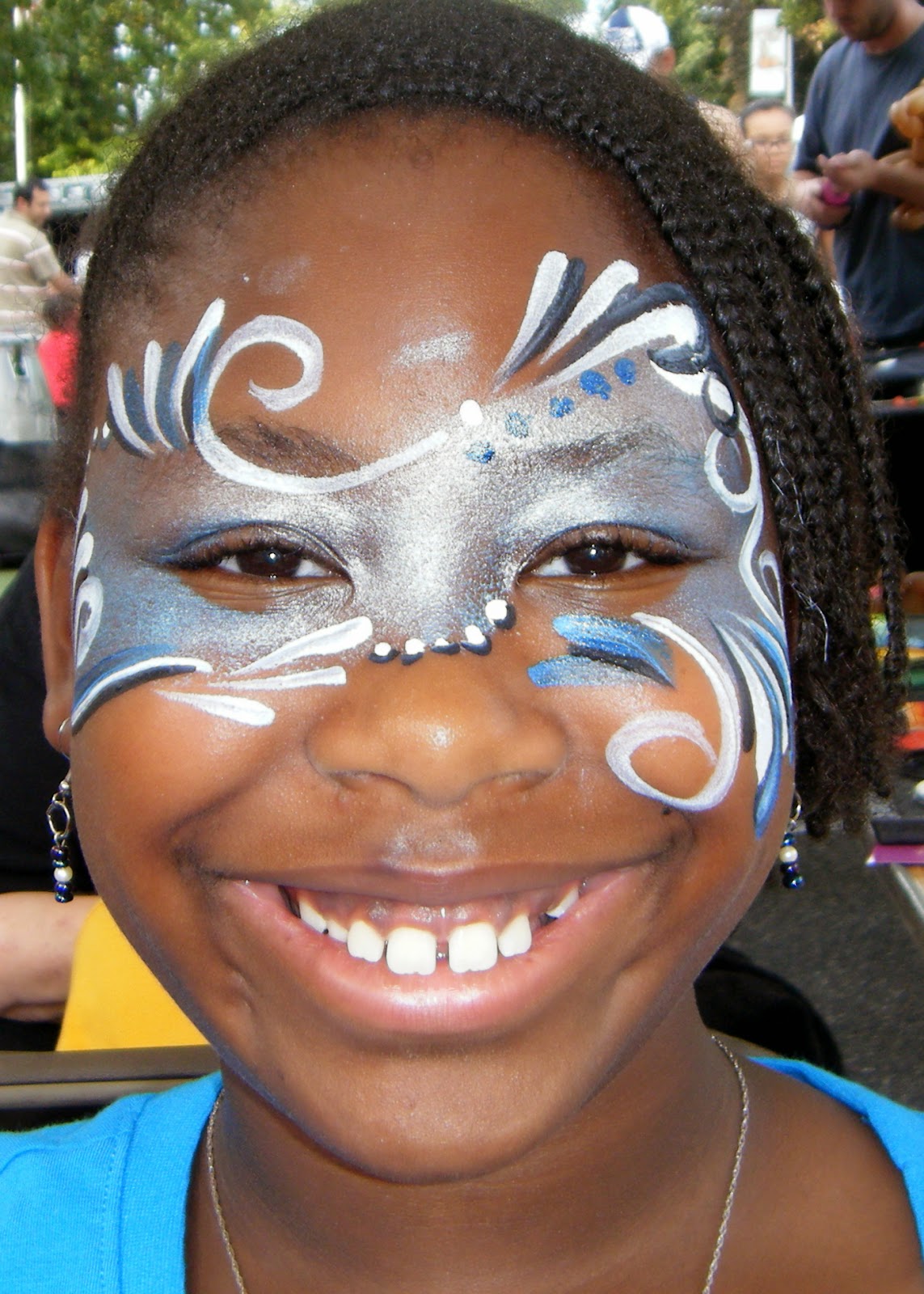