I've Been Holding Out on You

Back in May, I painted at two events in one day.

The first was the first communion party of a girl whose brother had me at his communion two years ago!  Their mom kept my info handy so I could come on back.  I love that, and remembered the name instantly when she got in touch with me.

This awesome family and their friends are defintely independent thinkers; I don't think I painted two kids with the same design at all!

The guest of honor even went last and made up her own idea, this rainbow turtle. 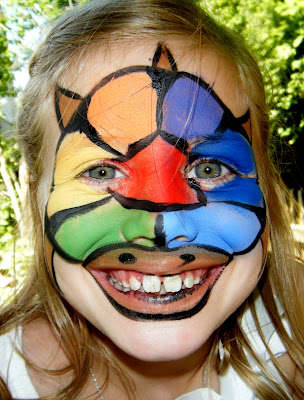 I kind of love the idea and want to add it to my regular repertoire.  And yes, I always do my turtles upside down so they share a smile with the painted child.

I did have two of my staples, a tiger and a butterfly, but only those two. 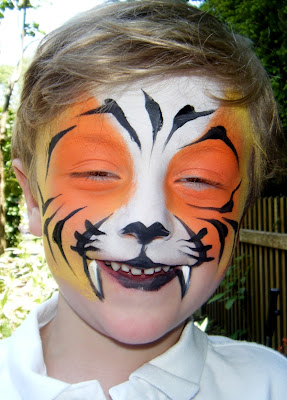 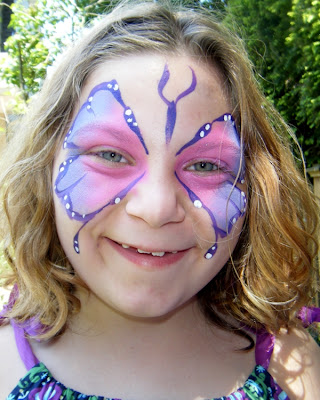 And I finally got to use that fox face I designed for the show I was in! 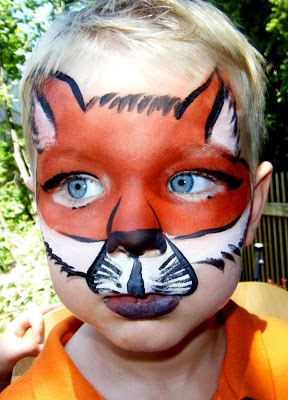 I actually had time to give one boy two faces, since he changed his mind.  Initially, he was a gorilla. 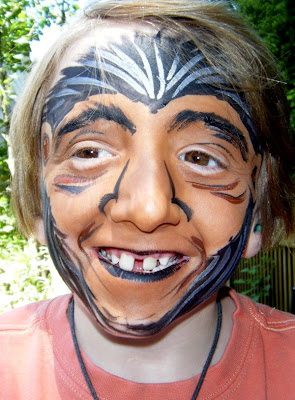 But I think some of the younger kiddos were scared, so he washed it off and came back for an alien. 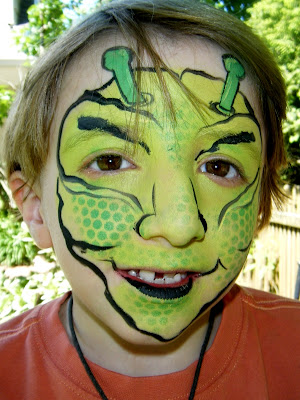 One young lady asked to be her own black lab. 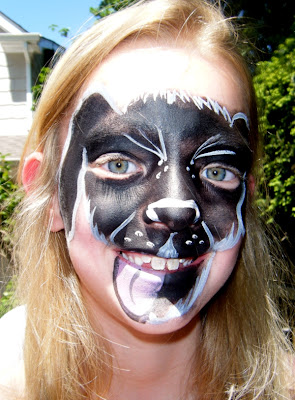 And another just wanted a spider on each cheek. 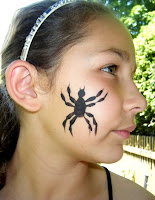 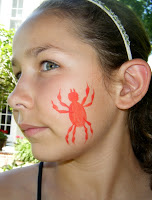 The only other cheek art I did was on this Yankee fan.

Meanwhile, the rest of the party was populatedby kissing dolphins, 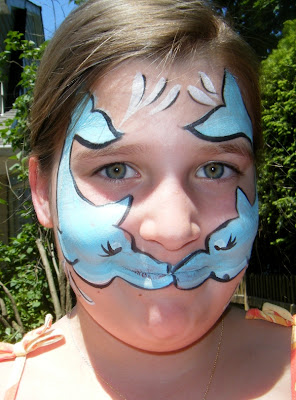 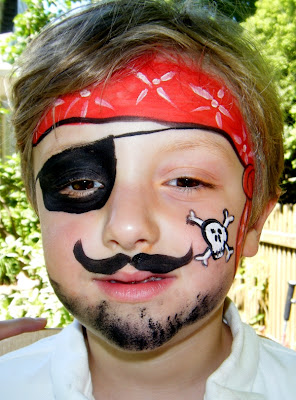 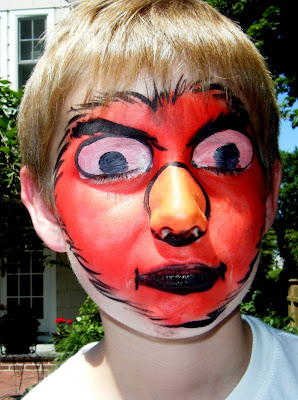 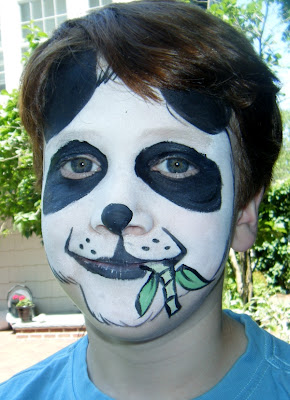 and a stitched up monster. 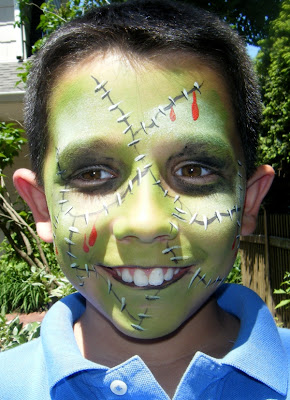 The most unusual request I got at that party, though, was for "paint splatters."  It took me a sec, but here's my rendition. 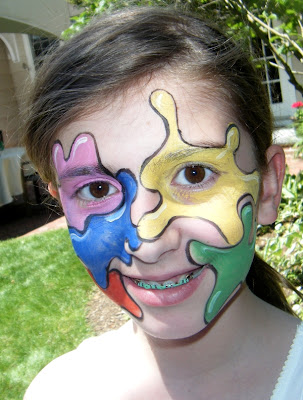 Speaking of creative, I haven't even gotten to the second party of that day yet.  This one was a birthay being held later that afternoon.  The birthday girl requested, and I kid you not, an "angel puppy." 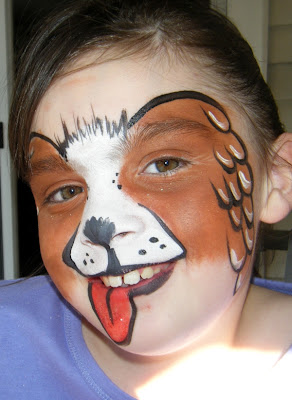 Note the winged ears.  Hey, she loved it!

Showing solidarity, one of her guests chose to be a straight up puppy, 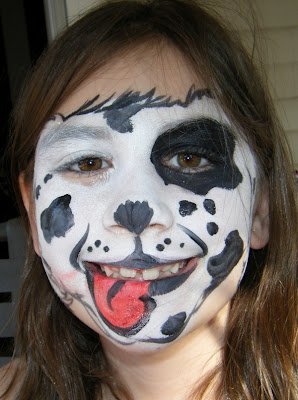 and another a straight up angel, but with swirls on her forehead. 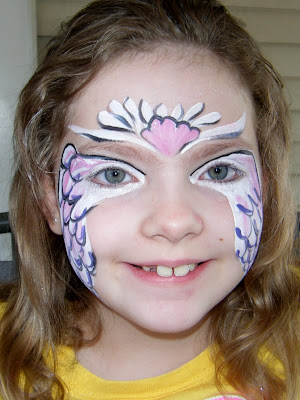 The two boys at the party became superheroes.

And even the adults got in on the action, which you know I love! 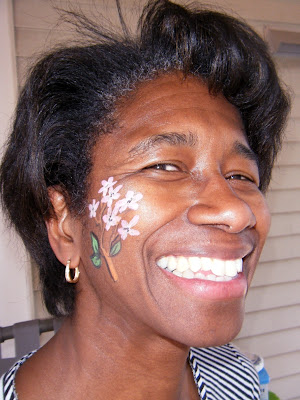 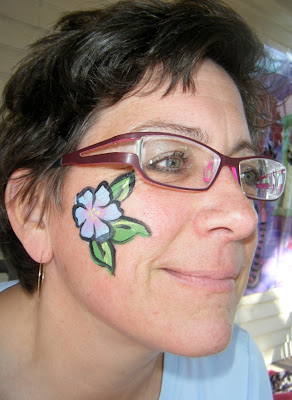 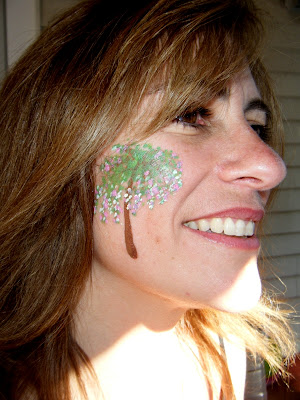 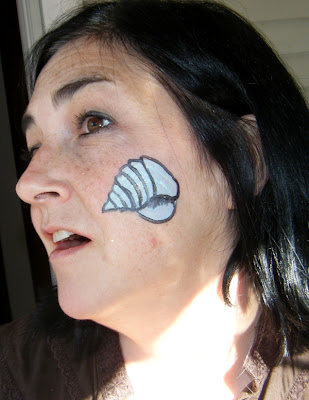