What I Got to Do Tonight

My little sister, the other artistic one in the family, is pregnant with my first ever niece or nephew. To say I'm excited would be something of an understatement.
Originally, she and my brother-in-law were thinking of doing a jungle-themed mural on the walls of the room, but with all of the furniture destined for the room, the two closets, the three windows, and the very cool magnetic blackboard my brother-in-law painted on one wall, it really just wouldn't work.
Instead, they've compromised by planning jungle-themed wall hangings, valances, and other accoutrements... and a sky-painted ceiling. Since my sister is not allowed near paint fumes while pregnant, and since she probably doesn't want to go climbing on stools and ladders either, the painting of the puffy white clouds upon the sky blue ceiling, happily, fell to me.
While I do wish I had a setup like Michelangelo's when he was painting the Cistine Chapel to save myself the slight neck pain, I had fun and love the results! 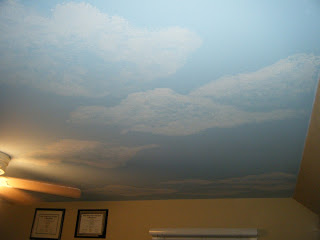 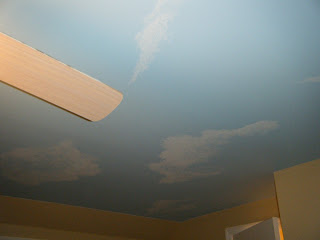 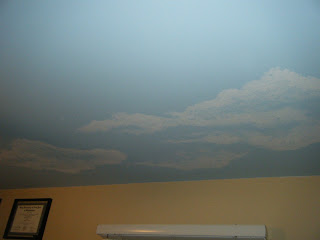 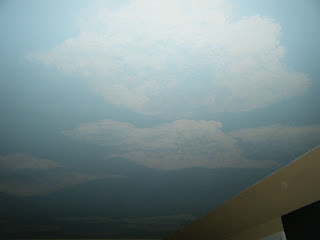 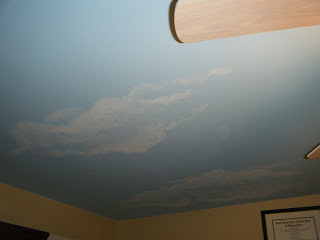