Last night was the Witches' Ball in Montclair, NJ, co-hosted by Mystic Spirit Metaphysical Shop and Everything Akasha. I'd never been to it before, because it usually conflicts with my own Halloween party, but this year they held it a week later, and so I was able to go.
Me, miss a costume party? Not if I can help it!
My friend came over earlier in the evening, to be painted as The Morrigan, and Irish goddess. This was the picture from which I was working: 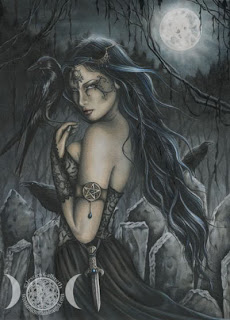 Kerry didn't have the head circlet or armbands, so here's what I did: 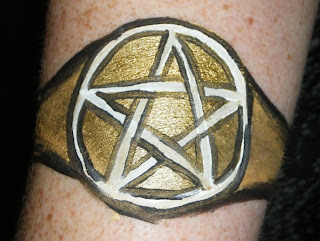 For myself, I saw this as another opportunity to wear my new pirate garb, so I went as a dead pirate: 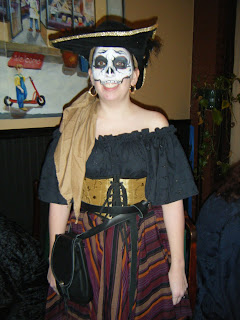 Simply because I didn't feel right going to a costume party unpainted! 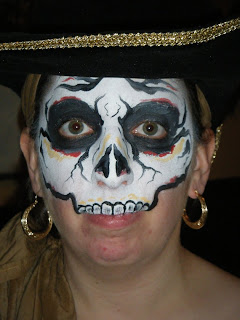 It was hilarious how many people apologized for saying it was creepy, when that's exactly what I was going for!
After the party, my husband and I stopped at the Wendy's drive-through because he was hungry. I was driving, and scared the bejeezus out of the two women at the window, who then proceeded to call over other employees to look at me.
All in all, a good night!
Posted by NJ Face Painter at 6:53 PM